Portable Mozilla Firefox Final can be executed from any portable USB memory devices, only by copying the Portable Firefox files on the device so that you can use it wherever you are. Through some special modifications, this version can be executed more rapidly, using your favorite extensions and some other functionality.

Portable Firefox is a special edition of Mozilla’s browsers that can be carried on a removable drive and run on any computer without affecting its system registry. There are no differences between the portable and the standalone editions in terms of functionality or appearance. 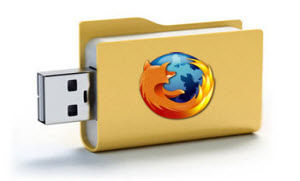 Portable Mozilla Firefox is fast and reliable and includes a decent set of customization tools. With the aid of a few add-ons and themes, it can be tailored to the needs of day-to-day users, as well as developers.